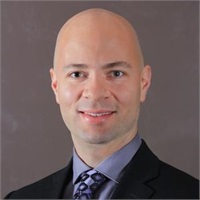 Dominic started at Tax Management Services, Inc. in August 2017 as a registered principal and OSJ Delegate. Dominic graduated from Winona State University in 2003 with two degrees in Education.

Dominic began his career in the financial industry in 2005 as a financial assistant and advisor. He also had a chance to work at SII Investments for nearly 11 years covering multiple responsibilities. Most recently he worked as a Senior Advisory Business Consultant covering the Midwest region. His role included training advisors on technology, reviewing suitability of portfolios and many other operational and compliance tasks. Dominic holds security registrations FINRA Series 7, Series 66, Series 24 and is Life Insurance and Health Insurance approved.

Dominic’s main role at TMS is to oversee advisors in Tenacity Advisory Group which has 52 financial advisors over multiple states managing over $2 billion in assets. Dominic also helps manage the TAG portfolios that many advisors use in their practice.

In Dominic’s spare time he loves to cook, cheer on the Packers, and spend time with his wife Stephanie and two boys Zeke & Beckham.